What's Going on with My Tongue? Colors! Shapes! Eh? 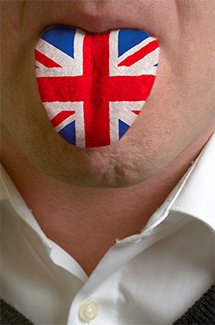 "What's going on with my tongue? … It's got some weird colored patches on it … should I worry?"

If you're noticing your tongue is looking a little patchy lately, with sections of red outlined by lines of white or yellow, you have what is referred to as a "geographic tongue." The condition is nothing serious, and it really doesn't have much to do with Geography. It is something you might want to know about, though, particularly if you're wondering why your tongue suddenly looks like its sporting the map of Europe.

Geographic tongue is a harmless condition of the tongue caused by the loss of some of the tiny little pinkish-white "bumps" that cover its surface. Those bumps, called papillae, serve two main functions, the first is to help create friction and grip the food that enters your mouth, and the second, is to provide receptors for your sense of taste. That's right, a portion of those papillae are your taste buds!

Science doesn't exactly understand what causes the loss of some of these papillae, but, there is some speculation the condition can be genetic, as well possibly related to allergies, diabetes, oral contraceptive use, stress and immune system hypersensitivities.  Psoriasis, which is itself an immune-related skin condition, is frequently seen in patients with geographic tongue. Another common symptom seen in individuals with geographic tongue are tongue "fissures," which resemble deep cracks along its surface.

For the most part, geographic tongue doesn't present any real concern for those who have it, other than its appearance. It's also not contagious in any way, so you needn't be worried about spreading it to anyone. For some, there can be occasional discomfort which is usually brought on by certain foods - particularly of the acidic and spicy variety.

The clearest indicator you might have geographic tongue are the irregular, smooth, red patches that give this condition its unique name.  The patches can sometimes be surrounded by a white or yellowish border, caused by the body's white blood cell response to the loss of the papillae, and the patches will vary in shape and size. They're also known to come and go frequently, and at times, can even been seen to "shift" to other areas of the tongue - sometimes even within hours.

The main thing to keep in mind though, is that geographic tongue is not in and of itself a serious condition and often goes away by itself. If you are concerned, however, or if you just have more questions about what's happening in your mouth, see your dentist or physician to ask more questions. As always, it's important to rule out any underlying issues that can contribute to any illness, and this might be one of those instances where a quick visit to the doctor can provide some further assurance.

Browse Other Topics in